Made a Risotto with Onion, Garlic, White Wine and Stock. Added Parmesan and seasoned. Left to cool. Shaped into balls and added a Panzanella Puree. Pane’d and Deep Fried. Used Oven Dried Tomatoes, Sun Dried Tomatoes and fresh Tomatoes with very crispy Bread. Need to use less dressing and fewer Vinegars with the Panzanella. Thinner crisper bread, then added the Tomato mix before service and allow the natural juice to soak into the bread.

Another recipe from Smith and Daughters – A Cookbook (that happens to be vegan) – Page 86 (Don’t buy it from amazon eh? Anywhere but amazon. OK?). Very involved to make but worth it I think. Made in large ramekins which made it a better size and piped Potato on top as opposed to the Sweetcorn mix. Served with an Onion Gravy and Carrots.

Excellent Cake from my Venice in Four Seasons Book which Henry bought me for Christmas. Served with a thicken Lemon Syrup and Lemon Curd Ice-Cream. 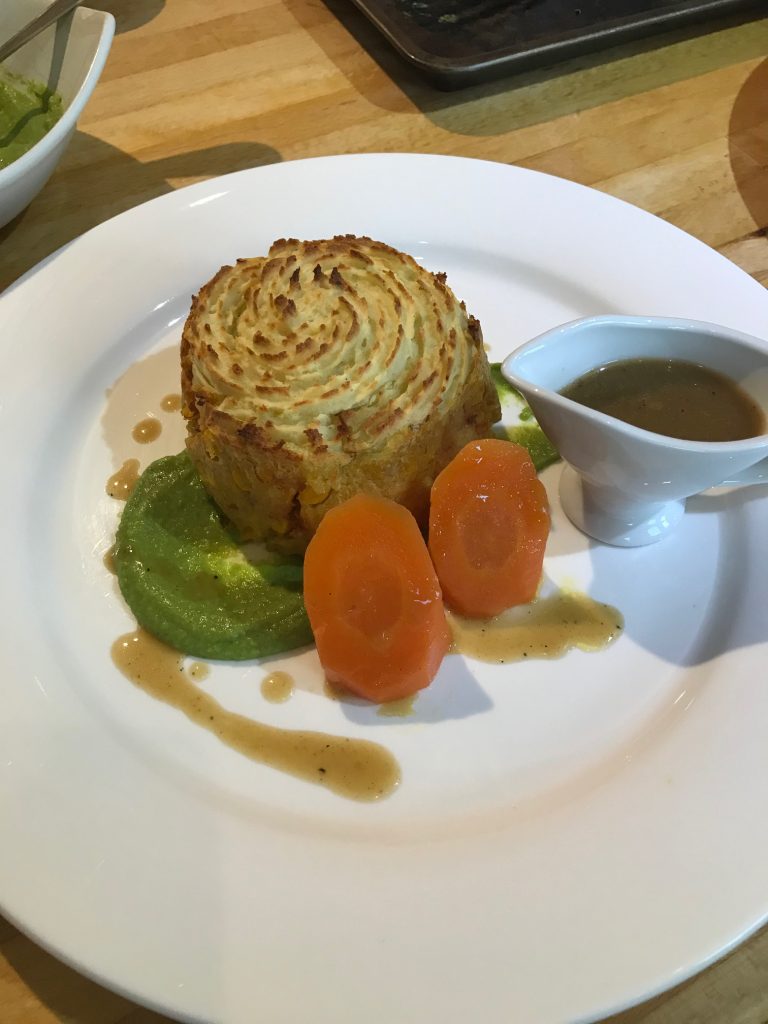 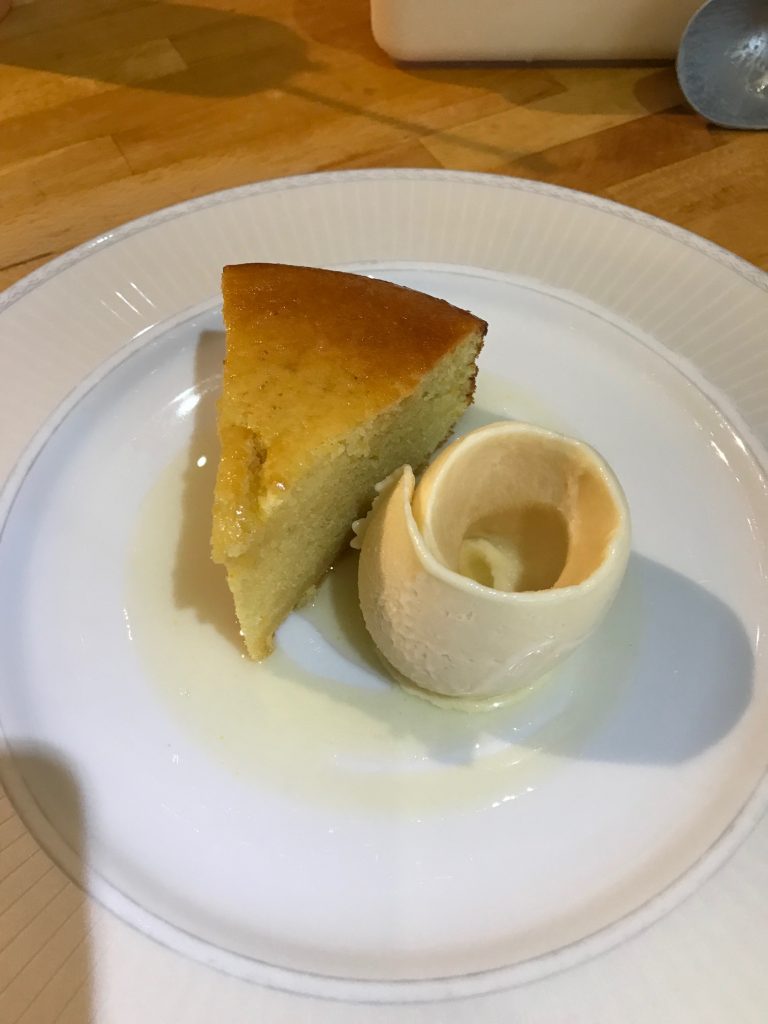