Made the tart cases and baked blind. Filled with Sweetcorn and GR’s Tart mix. Baked until just cooked. Very thinly sliced cored and peeled Apple and cured with Lime Juice, laid into a thin square and chilled until just before service. Re-heated the Tarts until hot and golden served in the Apple with hot creamed Sweetcorn and the dressing made with Shallots, Sweetcorn, Apple, Walnuts, Olive Oil and Cidre Vinegar.

Pan-fried and basted the Lamb, finished in the oven for 12 minutes, 55℃. Rested or 5 minutes. Trimmed and served with Pommes Fondant, Mashed Potato, Carrot, Cauliflower and roast Onion filled with Onion Puree made in the oven with lots of Butter and blended until smooth with Cream. The sauce was made from a mirepoix with stock and Redcurrant Jelly finished with Demi and Redcurrants.

The most simple and yet the greatest dessert of all time. Is the French or is it British? Don’t give a monkey’s. It is perfect. 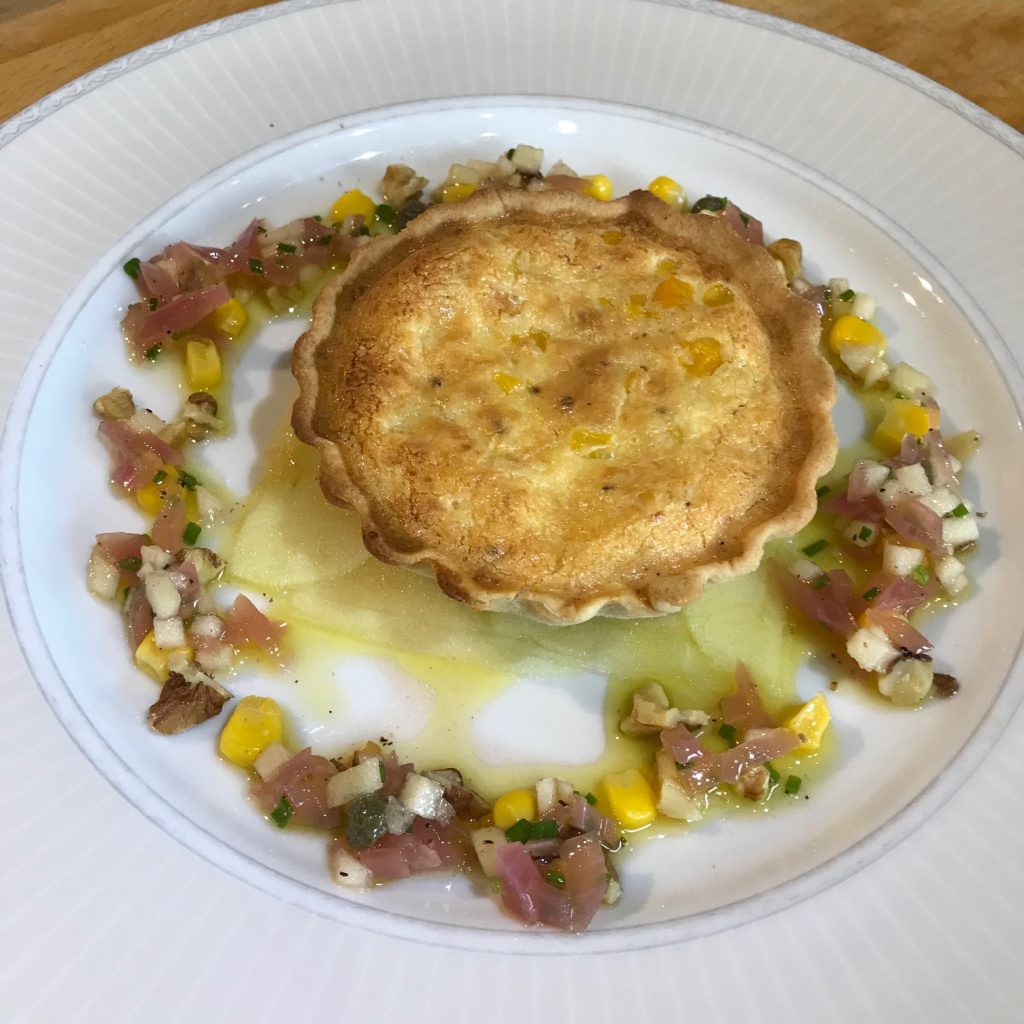