Just as the menu describes with Cream for our non-vegan Guests.

One of our Guests could not eat the Dessert so they were served Banana Parfait with sautéed Banana and Pine Colada Sauce.

The Shepherd’s Pie ate very well but collapsed. Need to make and cook in the Large Rings. Line base and sides with Sweetcorn puree, fill with pie mixture of Onions, Leeks, Carrots, Celery, chopped Chickpeas, Soy Sauce, Tomato Puree, Stock and Red Wine. Cook down until sumptuous. Piped mashed Potato on top and served with a rich Minted Gravy.

Vegan Dessert was as above but using Coconut Cream and Coconut Milk mixture instead of the Cream and home made Vegan Honey – Demerara Sugar, Vanilla, Cinnamon, Lemon and Orange very reduces Syrup. 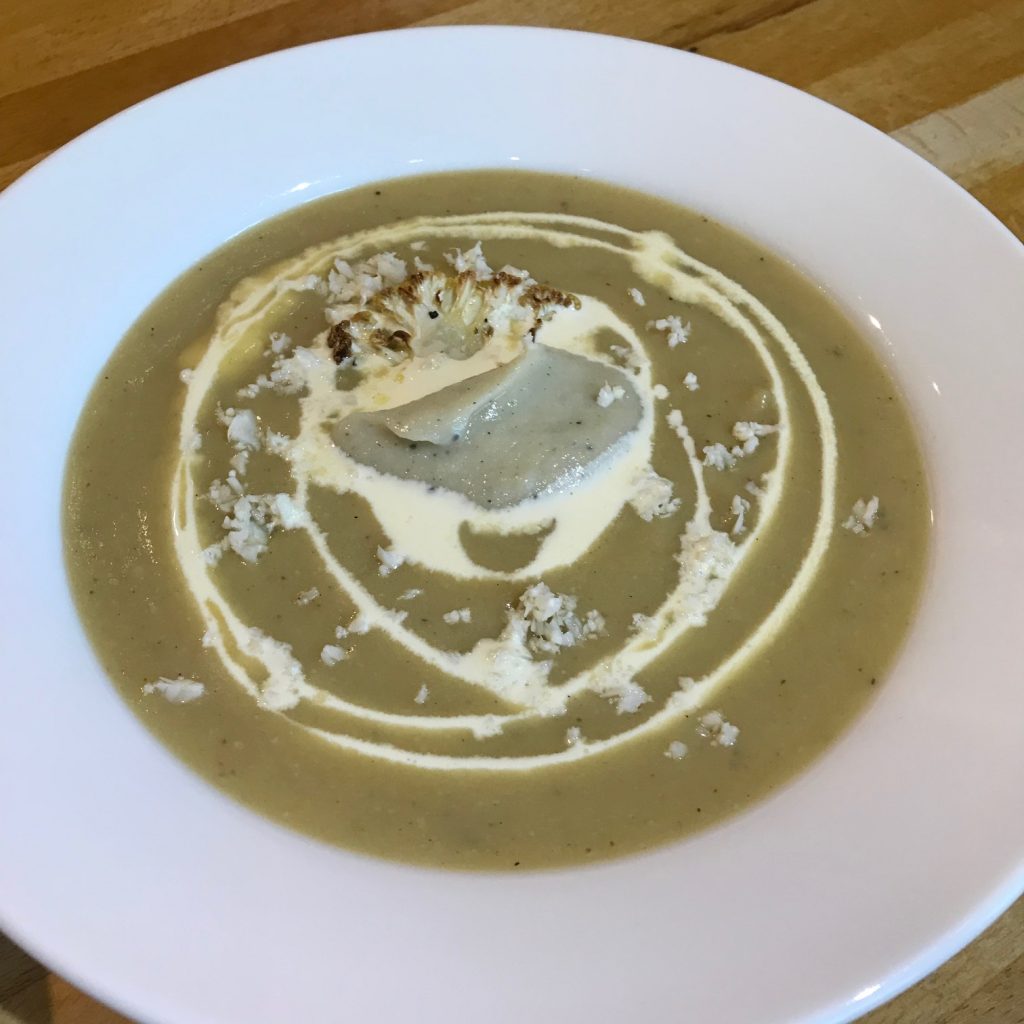 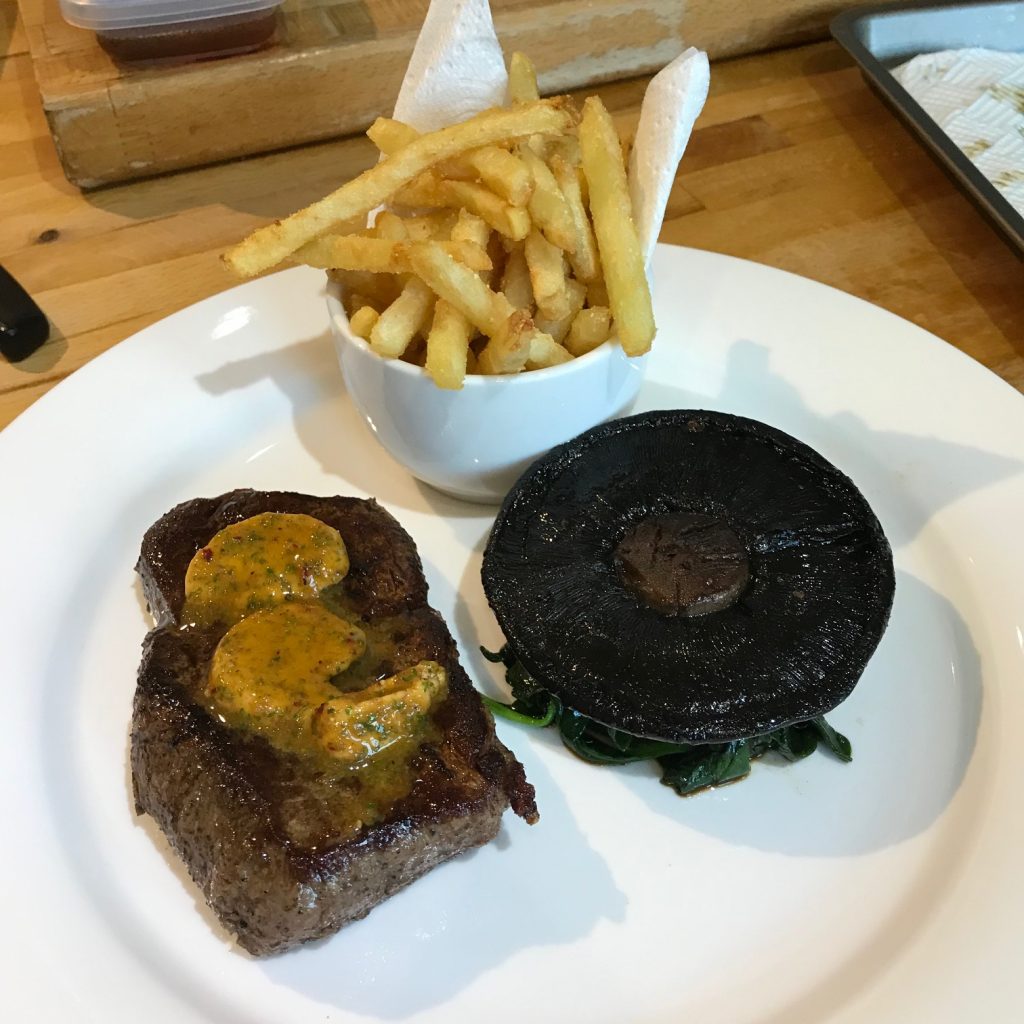 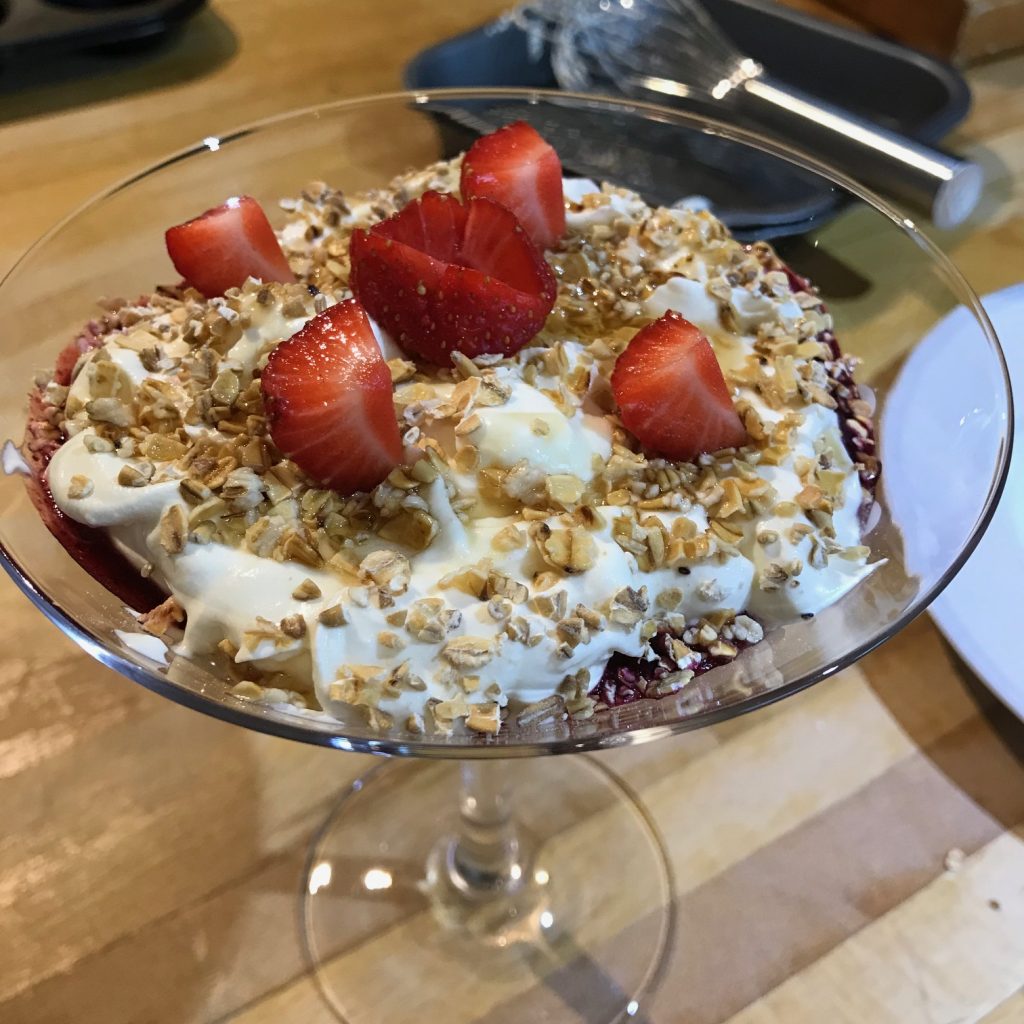 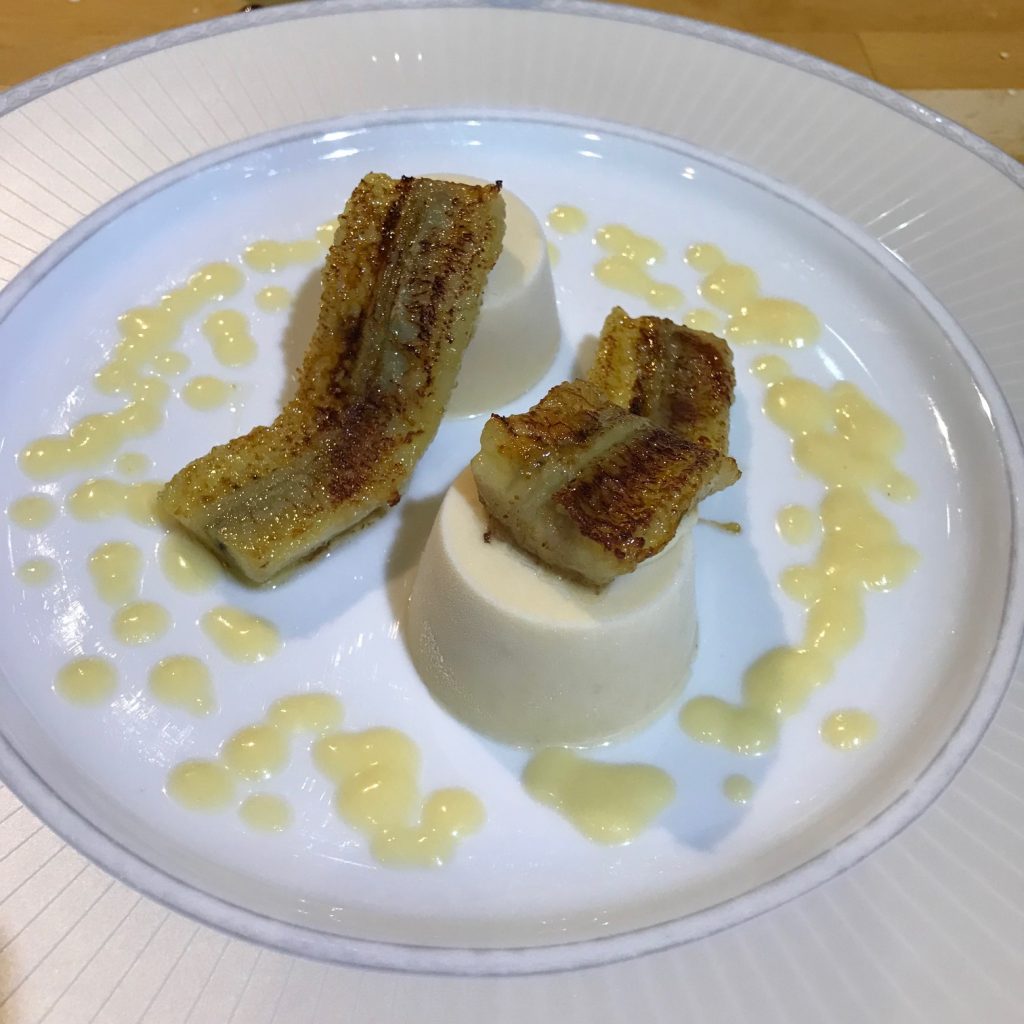